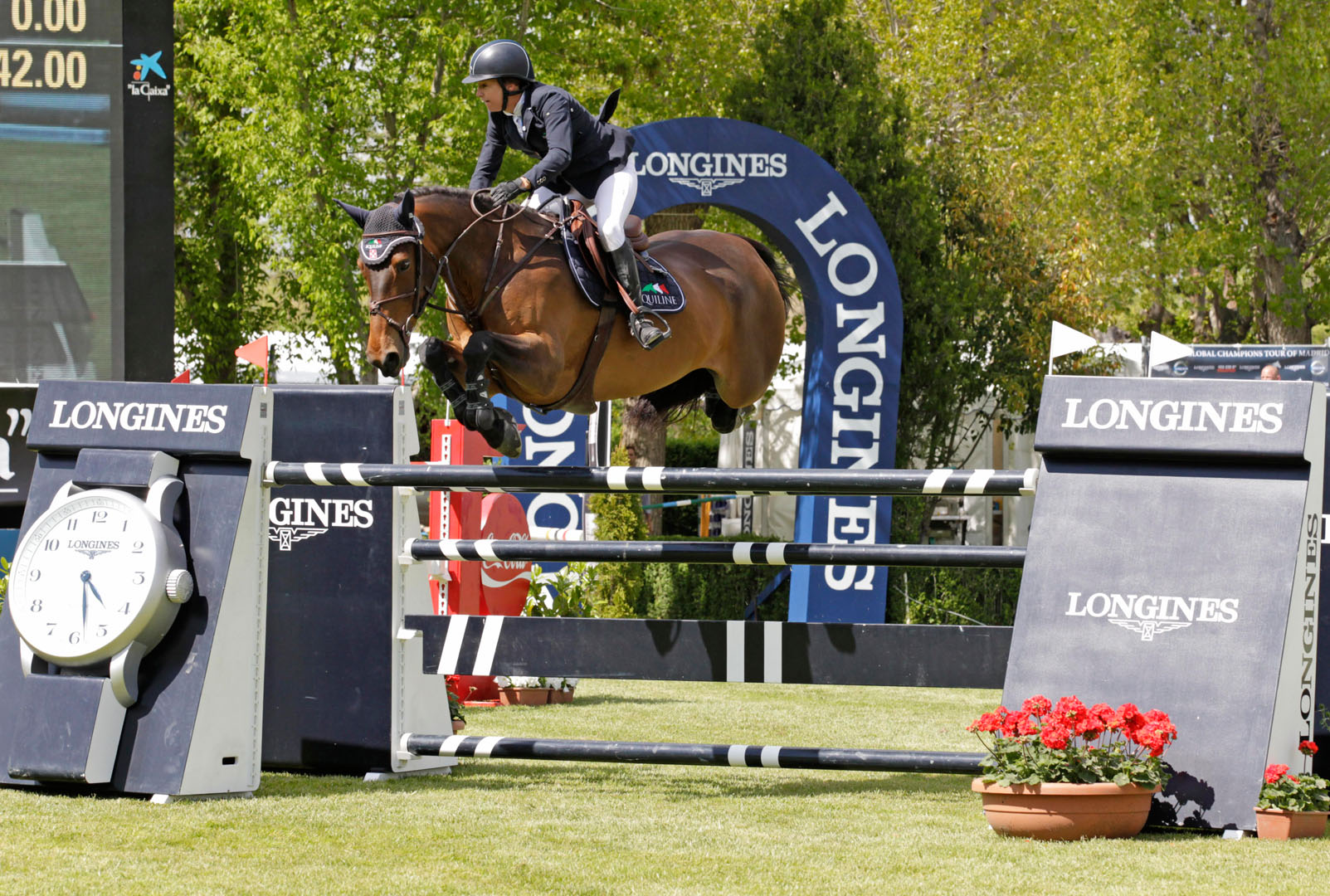 Congratulations to US gold medallist Laura Kraut for her win on the eight-year-old bay gelding Wotsamillion in the opening 5* at the start of the Longines Global Champions Tour season in Madrid.

Spanish rider Sergio Alvarez Moya opened the class with his talented nine-year-old gelding Zipper, a horse that will no doubt be one to watch in the championship series this season, and jumped a clean round with one time penalty. The first clear round in the Trofeo Grupo Arturo 1.45m came from Switzerland’s Jane Richard Philips, who is sponsored by Longines, on the lovely Pablo de Virton.

British rider Tim Gredley is back on the Longines Global Champions Tour scene in a big way as the first rider to break the 80-second mark with a time of 79.37. But it was American rider Laura Kraut who took over the lead with a very fast time of 74.70 - shaving nearly five seconds off Tim’s time. Laura dispalyed true horsemanship with a smooth, well-executed round aboard Stone Hill Farm’s Irish-bred gelding Wotsamillion.

The arena at the Club de Campo Villa was bathed in sunshine for the Longines Global Champions Tour debut in Madrid with the 1.50m 5* coming shortly as the best riders in the world prepare for the start of the championship contest of 2013.