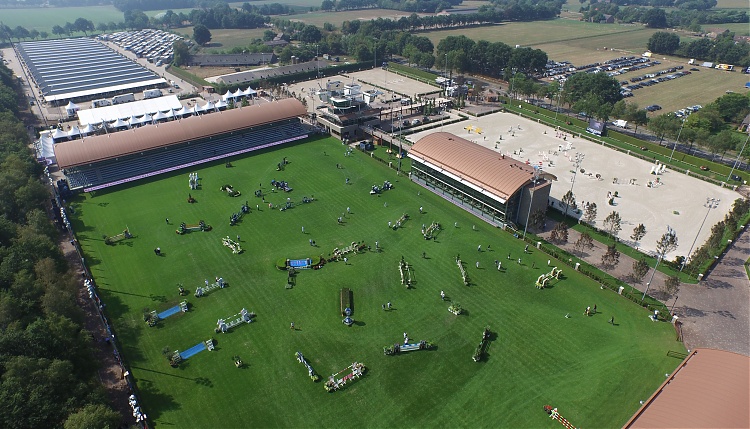 Valkenswaard, The Netherlands, is the spiritual home of the Longines Global Champions Tour, and has always been a favourite with riders, owners and partners alike. For the 12th season of the world's premier show jumping season, the spectacular, state-of-the-art Tops International Arena will host the 13th round of the Tour from 11th - 13th August. The superb facilities created by LGCT founder and president Jan Tops have raised the bar in equestrian sport new heights, cementing the venue as the epicentre of equestrianism in Europe.

2016 saw the Longines Global Champions Tour of Valkenswaard feature 23 Olympic athletes in their final competition before they flew directly to Rio, a number unprecedented ahead of the 2016 Olympic Games. The weekend was also the exhilarating turning point for the overall LGCT title Champions Rolf-Göran Bengtsson (SWE) and his formidable stallion Casall ASK after they won their second Grand Prix of the season, putting them in the running for the Championship title despite fierce competition from the world’s best horses and riders.

Designed with the horse as the top priority, the show ground features an exceptional 125m by 85m sweeping grass arena, four further sand arenas featuring top class footing, canter tracks and lunging arenas, expansive warm up arenas, exceptional wash areas and facilities for grooms to provide top standard care and over 500 world class and beautifully designed stables available for visiting competitors. Within the impressive complex there is a shopping village, refreshments and entertainment areas - all of which are available for everyone in the family to enjoy, and tickets allowing the perfect view of the action under covered grandstands as the 2017 LGCT Championship battle gallops towards the finish line.