Best of British - Nick Skelton meets his fans in London

Hordes of fans lined up for a chance to get close to one of the most successful show jumpers in history yesterday as Britain’s Nick Skelton OBE signed autographs on the Longines Global Champions Tour stand at Olympia Horse Show, London. With a career spanning nearly 40 years, Nick is a true legend of the sport with an incredible 20 international championship medals to his name, including a World Championship Individual Bronze (1986), European Individual Bronze (1987 and 2011) and of course an Olympic Team Gold at the London 2012 Olympics. 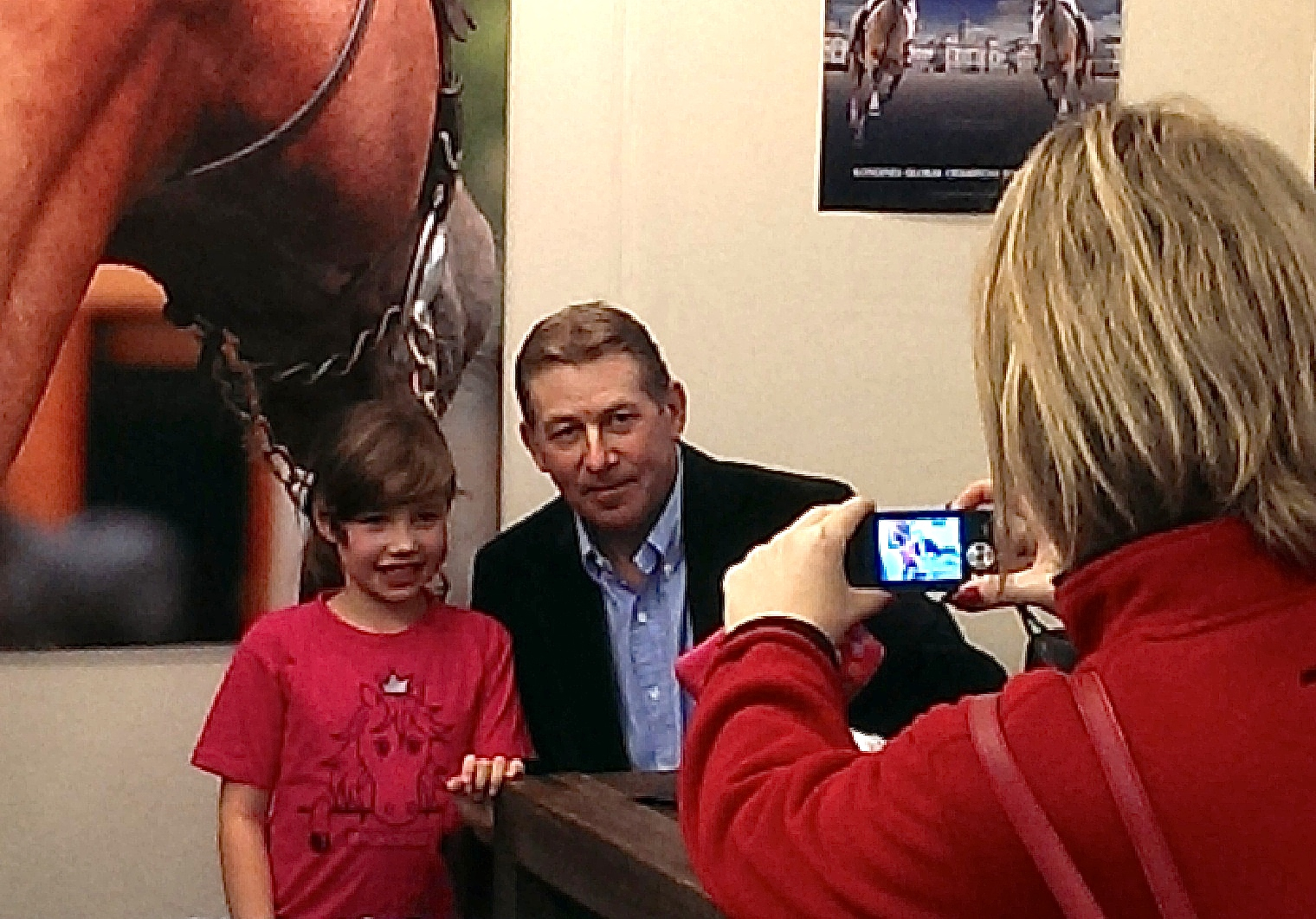 Nick was part of an historic Grand Prix jump-off at the London leg of the 2013 Longines Global Champions Tour, where he and fellow London Olympic Gold medallist Ben Maher went head-to-head for the win. Regarded as one of the fastest jump-offs anyone could remember, the class proved an electrifying watch with the ten riders through to the deciding round each recording progressively faster times. Eventually, with just three seconds separating the top seven riders, Ben Maher and Cella wiped an astounding 1.5s off Skelton’s time to snatch the prestigious win from his London 2012 teammate.

“I was really happy with (Big Star),” says Nick. “Obviously I would have liked to win, but in these LGCT competitions when the riders are so good, you need to be last to go in the jump-off, then you know what’s going on. You had the best 30 riders in the world (jumping in London) and their top horses, so whatever (the course builder) did they could jump it. In the jump-off, I could have had one less stride to the last fence, but I hate to knock the last fence down as that’s normally the rider’s fault, but I don’t think I would have beaten Ben anyway.”

Longines Global Champions Tour attracts the very best riders in the world to its events. Olympic, World and European Champions compete at stunning venues around the world for the coveted title of overall Champion. Nick Skelton hopes to be a key player in next season’s ranking race and he is sure to be a leading contender. “I don’t like to not win - I’m a bad loser,” says Nick, with a grin. The Tour’s 2014 season will certainly provide the Brit with a chance to climb on to that top spot on the podium again and London will be the win Nick wants most. “The LGCT is a very important part of the calendar. For us as a country, it’s great to have the Longines Global Champions Tour here in the UK again. It’s brilliant.”