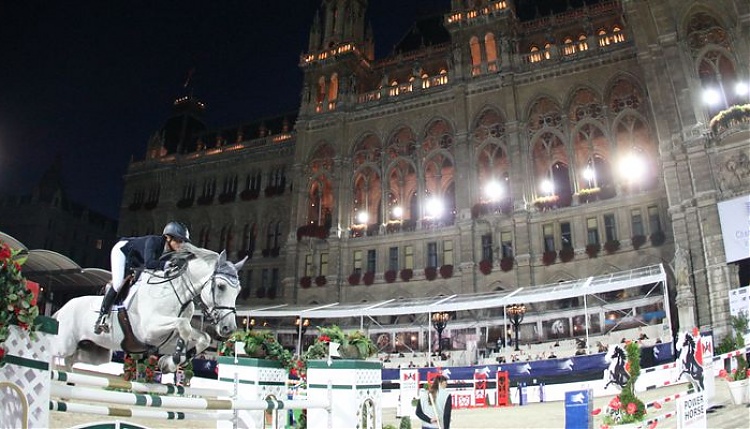 Vienna is a city famous for its culture, architecture, musical history and beautiful palaces. And in September the city will become the host of the world’s most prestigious show jumping circuit - the LONGINES GLOBAL CHAMPIONS TOUR.

In an amazing spectacle, top-level equestrian sport will take place against the magnificent backdrop of the city’s Rathausplatz, the scene of elegant society events and festivals throughout the year. The LONGINES GLOBAL CHAMPIONS TOUR’s arrival in Vienna from September 20-22 will be the exciting debut of the world famous Tour in Austria.

And what a setting for three days of elegant equestrian sport. The city of Vienna has over 27 castles and more than 150 palaces, including Empress Sisi’s baroque former summer residence, the Schonbrunn Palace. There are museums, exhibitions, architecture, amusement parks and the famous Giant Ferris Wheel (Riesenrad).

World class show jumping can be viewed from spectator grandstands and there will also be dressage and a performance by the Spanish Riding School. In the exhibitors area there will be shops and culinary temptations for all.