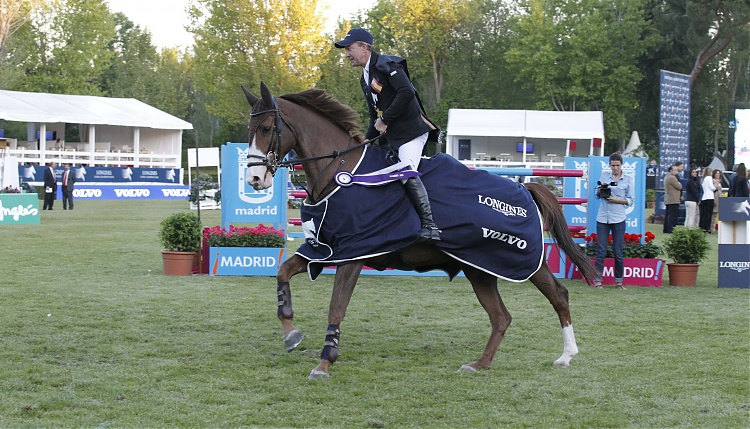 Longines Global Champions Tour spoke with one of Spain's youngest and most exciting talents on the international circuit, Manuel Anon. The 20 year old jockey is a serious competitor despite his young age and currently sits at 69th on the Longines World Rankings. We spoke with the young Spaniard about the best locations in Madrid including beautiful sites to see and restaurants to visit.

Which are the best restaurants in Madrid?

There are two types of restaurants in Madrid: Modern and classic. For the Modern restaurants there is Ten con ten, Bar tomate, Luzy bombon and Kabuki which is a Japanese restaurant at the Hotel Wellington.

For more classic Spanish cuisine there is La Dorada, L'Albufera where the Paella is great, Mesón Txistu and Puerta 57 which is located at Santiago Bernabeu Stadium.

Which are the top sites to see in Madrid?

There is Barrio de Salamanca which is one of the 21 districts that make up the city of Madrid. The street called Calle Serrano offers great shopping. Calle Gran Via is an ornate street located in central Madrid which also offers great shopping. Calle Gran Via is the street known as the Spanish Broadway and is commonly referred to as the street that never sleeps. Parque del buen Retiro is one of the largest parks in the city of Madrid. The park, which is a great spot to relax, belonged to the Spanish Monarchy until the late 19th century. Also, Estadio Santiago Bernabeu is the famous football stadium that is owned by Real Madrid Club de Futbol, so if you are an avid football fan, then the stadium is worth a visit.

Which bars are worth visiting in Madrid?

The really cool bars are Gabanna, Ramses and Moma, which is also a restaurant.