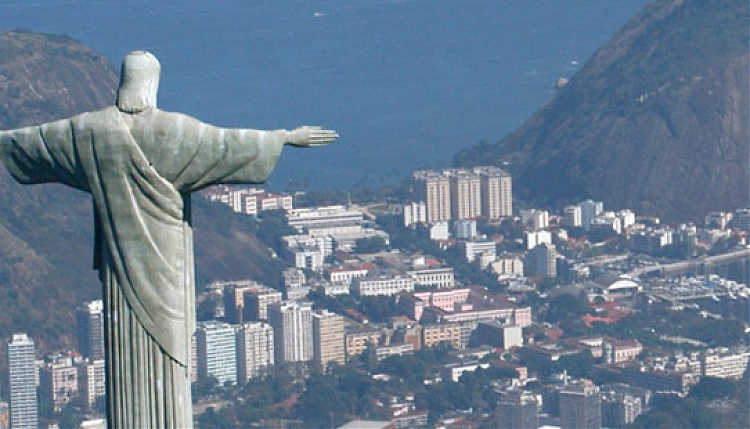 The Athina Onassis International Show is a mark in the history of the Brazilian Show Jumping. The country had never promoted a Five Star event of this nature until the first edition of 2007. The opportunity to host a phase of the Global Champions Tour enabled Brazil to reach a unique standard of Show Jumping in the country.

Idealized by the Brazilian rider, consecutive winner of medals in two Olympic Games, Álvaro de Miranda (DODA), the Athina Onassis International Horse Show, name given in tribute of his wife, was performed in Brazil in 2007, during the fifth phase of the first edition of the Global Champions Tour. In the following year, it had the honor to be the stage of the final phase of the planets largest riding circuit.

In 2009, after being in São Paulo for the first two years, the AOIHS moved to Rio de Janeiro for the first time. In 2011 the most important tourist city in Brazil will be the capital of Show Jumping from 2nd until the 4th of September. Visitors from all over the globe will certainly enjoy the natural beauty of the city which is going to host the Olympics in 2016. Known as the wonderful city, Rio de Janeiro is immortalized by its beautiful beaches, the Sugar Loaf Mountain and by the Corcovado famous for the statue of Christ, which is now one of the Seven Wonders of the World. And just at the foot of the Corcovado Mountain is the Sociedade Hípica Brasileira riding club which will be the stage of the AOIHS 2011.

Hosting the final leg of the Global Champions Tour in 2010 witnessed historically one of the closest finishes to date with Marcus Ehning taking the top honours.

The organizing committee is once again aiming to host a spectacular Global Champions Tour leg in September 2-4 in 2011.